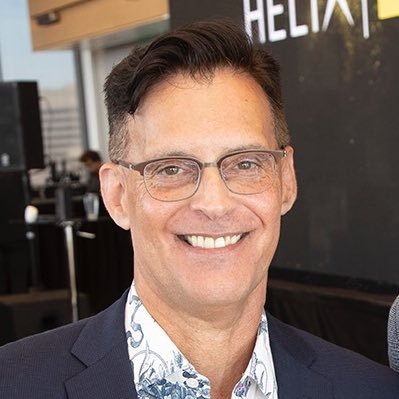 J. Serge Sasseville worked for 32 years within Quebecor Inc., holding various positions as a lawyer and as a senior manager, including that of Senior Vice-President, Corporate and Institutional Affairs of Quebecor Media Inc. A lawyer by training and member of the Quebec Bar since 1981, J. Serge Sasseville has always had a great interest in the arts. He currently chairs the board of Angèle Dubeau & La Pietà and sits on the Fonds Québecor, the National Arts Centre Foundation, the Festival international de la chanson de Granby and the Lafontaine-Cormier Foundation. He also sat on the board of directors of the Banff World Media Festival for 5 years and of Musicaction for 10 years. 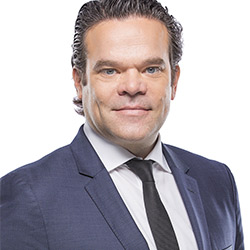 a partner in the Business Law Group for the Québec region of the McCarthy Tétrault law firm. He practices corporate and commercial law, including mergers and acquisitions, and corporate financing. He is a member of the Ordre des Agronomes du Québec. Very actively involved in the Montréal community, he sits on various committees for charitable organizations working in the community and cultural spheres. Éric Gosselin presently sits on the board of directors of Culture pour tous (chair of the board), of the Festival TransAmériques (1st Vice-President) and of the Société de la Place des Arts (Vice-President). Éric Gosselin was one of the three mentors of Go-C.A. when the program was launched in 2011. He also sits as an external member on the Arts and Philanthropy Committee of the Conseil des Arts de Montréal. 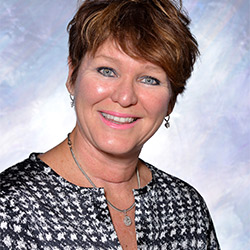 Sandra Chartrand is the president of the Sandra and Alain Bouchard Foundation. Over the last 30 years, she has been actively involved in the philanthropic community, being involved in organizing fundraising campaigns and events. She has thus become an important player in the development of philanthropy in Quebec. She currently sits on the board of directors of la Fondation de l’Hôpital Maisonneuve-Rosemont, served as chair of the board of directors of the Orchestre symphonique de Laval and sat on many other boards. 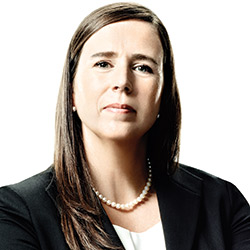 Nancy Wolfe, CPA, CA, is a partner in Assurance Services at Raymond Chabot Grant Thornton, where she is in charge of the Assurance group serving large enterprises and public companies. She is also a member of the firm’s management team for the Western Region. Nancy Wolfe has over 20 years of experience in planning and coordinating audit engagements, notably in such fields as retail and wholesale, distribution, manufacturing, and financial services. She assists her clients in the various phases of their growth (funding, mergers and acquisitions, etc.), in Canada, the United States, and elsewhere in the world. She is recognized for her agility and her collaborative approach to working with clients. 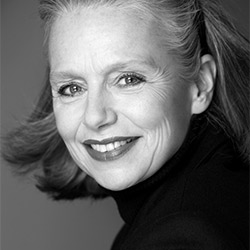 Sylvie Chagnon is closely involved with the management of corporate donations at Lallemand Inc. She is a member of the board of directors of the St. Mary’s Hospital Foundation. She was formerly associated with Les Grands Ballets Canadiens de Montréal as a member of the board of directors and chair of Les Amis des Grands Ballets. She sat on the board of the Quebec Breast Cancer Foundation and is co-founder of the Serenity Program. She has taken an active part in major fundraising campaigns for these organizations. 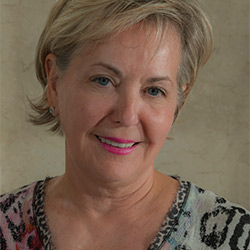 Johanne Champoux has always loved art, and sits since 2010 on the Board of the Volunteer Association of the Montreal Museum of Fine Arts. She was president of the 2013 Museum Ball Steering Committee. The fight against cancer is also a cause dear to her heart and she is involved with the Jewish General Hospital as Honorary Chairwoman of the walk to end Women’s Cancers, and president of a benefit concert event for breast cancer research. Passionate about communications, she pursued a career in publicity and media, notably spending 12 years as director, Media Creativity at Radio-Canada, and 10 years at Réseau TVA. 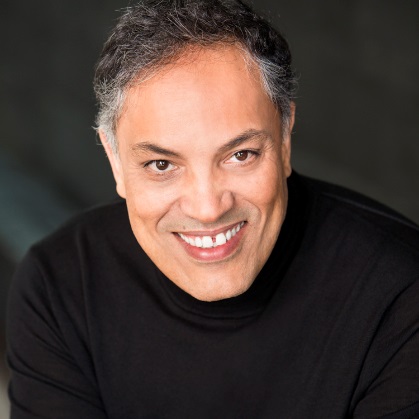 Fadel Chbihna is recognized for his leadership skills and his extensive experience in customer service management and customer experience. Since 1998, he has held various management positions including Regional President, Quebec at Rogers. For five years, he was also Senior Vice-President, Customer Care at Rogers, Fido, and Chatr and Executive director at Fido. He firmly believes that customer satisfaction is achieved through the involvement of all employees at all levels of an organization. He holds a Bachelor of Science degree from the Université du Québec à Trois-Rivières and a CTAM certificate from the Harvard Executive Business School. 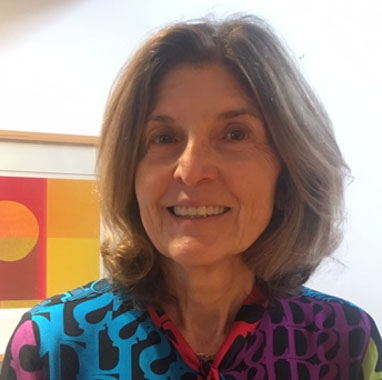 Joanne Chevrier has an extensive background in communications and marketing, as well as in sponsorships and philanthropy. For 20 years, she was in charge of several activities at Hydro-Québec, most notably involving internal communication, communication with external clientele, and the management of donations and sponsorships. She is involved with numerous cultural organizations and was a member of the board of directors of the Théâtre du Nouveau Monde for 16 years, as well as sitting on the board of Montreal’s Quartier des Spectacles Partnership for 8 years. Today, she is on the boards of directors of Maison St-Gabriel and LA SERRE – arts vivants, in addition to sitting on several committees for cultural institutions in Montreal and Longueuil. 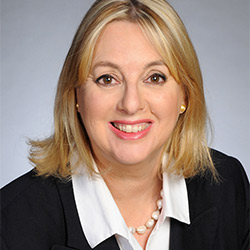 Nancy Cleman is a lawyer and partner with the firm Lapointe Rosenstein Marchand Melançon LLP, where she practices corporate commercial law with a focus on intellectual property and information technology. A member of the Quebec Bar since 1983 and of the Ontario Bar since 1990, she is an accredited mediator and trademark agent. As an active member of her community, she sits on the board of directors of the Canadian Technology Law Association. She has also been a board member at several arts organizations dedicated to dance, theatre, and visual arts, including the Fondation Jean-Pierre Perrault and the Saidye Bronfman Centre. Ms. Cleman holds a B.Sc. (Genetics) and a B.C.L./LL.B. from McGill University.

Marie-Josée Desrochers is the President and CEO of the Société de la Place des Arts de Montréal. She was employed at the Orchestre symphonique de Montréal for over twenty years, successively heading up the marketing-communications and artistic sectors, then as Chief Operating Officer for her last four years. She possesses a Masters in piano performance from the Université de Montréal, as well as an Executive MBA from McGill-HEC Montréal. (Photo: Martin Girard)
- 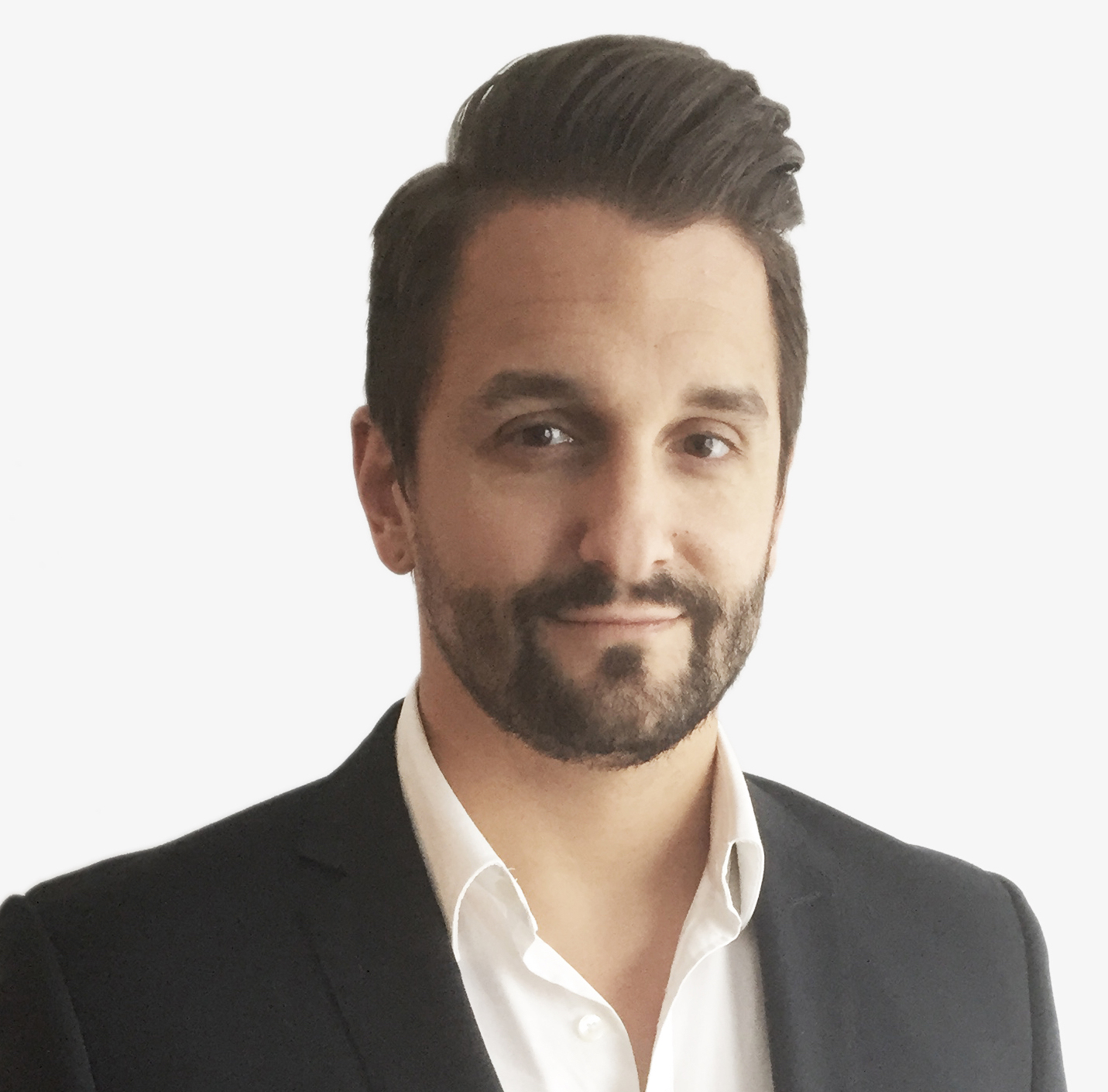 Shawn Filadelfi is a strategist and digital consultant. He guides companies that want to take their digital shift or to maximize their online activities by helping them design and implement innovative solutions that meet their business objectives. With a strong experience in agency, he has been working for over 10 years in the field of communications, content marketing and web development. He has been involved with the Fondation de la Place des Arts since 2013 when he first joined the Young Patrons Committee. 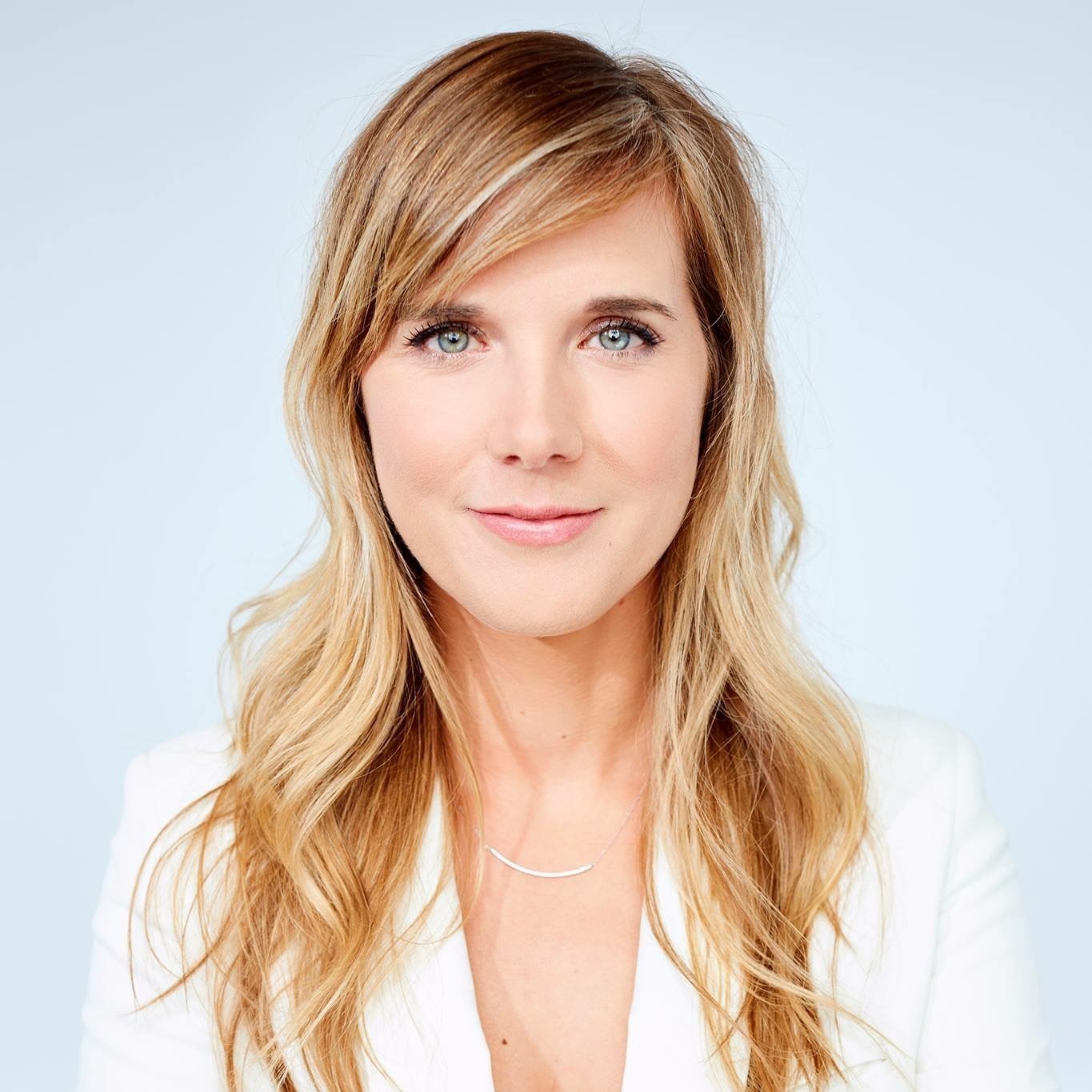 Amélie Fortier-Cyr is Managing Director of Lancôme at L’Oréal Canada where she is responsible for the brand's strategic development on the Canadian market. With her expertise in marketing and brand management, she has held over the past 12 years various management positions at L’Oréal in Montreal, New York and Paris. She has a bachelor's and master's degrees in Business Administration from HEC Montreal and l’Université de Sherbrooke respectively. She got involved with the Fondation de la Place des Arts in 2013 as a member of the Young Patrons Committee and joined the organizing committee of the Future Stars’ Grand Premiere in 2017. 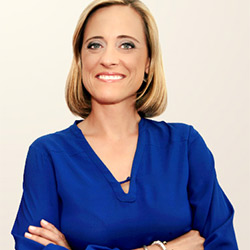 Sophie Langlois is Executive Vice-President and associate at Reïva Global Corp with over 20 years of experience in brand management, advertising, and the development of communications plans. Over the years, she has been called upon to manage several major national brands in various markets, notably for Cossette and Rethink Communications. She then worked at Walkiri Marketing where she was Vice President and General Director. She was involved in the Montreal Museum of Fine Arts’ Volunteers Foundation as Treasurer of the Board of Directors.

Normand Laprise C.M., C.Q., is a Relais & Châteaux Grand Chef and co-owner of the well-known Toqué! restaurant—a member of Les Grandes Tables du Monde—and of Brasserie T! in Montréal. Internationally renowned, he redefined gastronomy with his philosophy of praising the product, which has now become highly influential in Québec and Canada. He is the only Canadian to have been named to sit on the International Chefs Advisory Board created by the Institut Paul Bocuse, was made a member of the Order of Canada in 2014, and was named a Knight of the Ordre national du Québec in 2009. He was the only chef from Québec to have been invited to StarChefs.com’s International Chefs Congress in New York in 2010, and is ranked as one of the "101 Québécois au sommet de l’action” (101 foremost Quebecers) as selected by Entreprendre magazine. His generosity has seen him lend his talents to benefit several organizations including the Opéra de Montréal, the Maisonneuve-Rosemont Hospital Foundation, the Tel-Jeunes Foundation, the Quebec Breast Cancer Foundation through the La Vittoria dinner event, the Heart and Stroke Foundation, and La Tablée des Chefs. 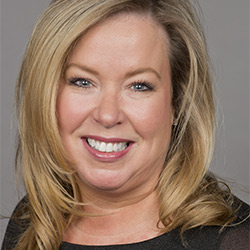 Nadine Proulx has a strong management experience and an expertise in organizational transformation. She worked for nearly 30 years at the National Bank of Canada where she held the position of Vice President, Employee Experience among others. Renowned for her strategic vision and leadership, her background has been varied: sales and operations management, project management, strategic planning and organizational development. She holds an MBA from McGill-HEC and a Bachelor's degree in Industrial Relations from the Université de Montréal. 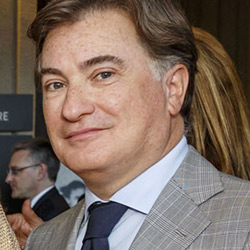 A lawyer by training, Victor Salvaggio is a professional working in the field of real estate development for a firm he co-founded, Lofts MTL, which specializes in the transformation and conversion of commercial and industrial buildings into residential and commercial rental spaces. He received his law degree from Université de Montréal and practiced commercial and corporate law for some ten years for the firms of Stikeman Elliott and Fasken Martineau. 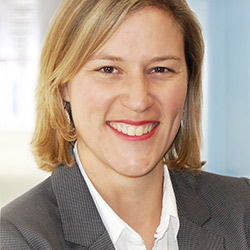 ne Samson is consulting director, Initiatives Quebec, at the Caisse de dépôt et placement du Québec where she is responsible for planning strategies and implementing initiatives fostering entrepreneurship and structuring projects to contribute to Quebec’s economic development. Working at la Caisse since 2013, she previously used her expertise as a marketing specialized manager at the Banque Laurentienne and within L’Équipe Spectra. Passionate with drama and involved in the cultural community, she is on the board of directors of Théâtre d’Aujourd’hui. She holds a bachelor in literature, an MBA from Université de Laval and a DESS in administration of cultural institutions from Université Paris-Dauphine. 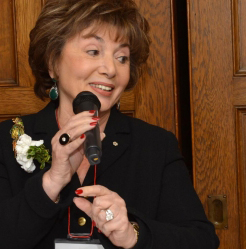 Barbara Seal, C.M., is a former citizenship judge, municipal councillor for the City of Hampstead and administrator of Place des Arts, the Arts Council of the Montreal Urban Community, and the National Forum on climate change. She is actively involved in public and community spheres and presently sits on the board of the National Arts Centre Foundation, the Segal Centre for Performing Arts, the Advisory Board at the McGill School of Continuing Studies and the Advisory Council of the Azrieli Music Project. She received numerous awards and distinctions for her dedication to the community, such as the Canadian Cancer Society Award, the Canadian Parks and Recreational Association Award, the Queen’s Golden Jubilee Medal, the National Assembly Award as well as the Order of Canada in 1993. She established the Barbara Seal Scholarship for Newcomers to Canada at McGill University in 2012, and participated in 2018 to the creation of a scholarship for Quebec female students in science to conduct internships at Tel Aviv University. 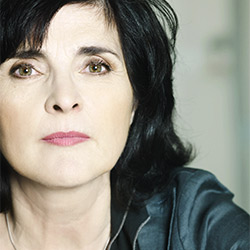 Louise Sicuro, C.M., C.Q., is President and CEO of Culture pour tous, a non-profit organization dedicated to ensuring that arts and culture are recognized as essential aspects of individual and collective development by promoting citizen participation in cultural life. She is the founder of Journées de la culture and has been the guiding force behind the program since its inception in 1997. A certified corporate director, she is vice-president of the board at Université du Québec à Montréal, and a member of the boards of directors of Place des Arts, the Fonds de recherche du Québec-Société et Culture, and, since 2014, the National Arts Centre in Ottawa. She also sat on the board of directors at Place des Arts for many years. In 2011, she was made a member of the Order of Canada.