Montreal, May 17, 2022 – Place des Arts is delighted to announce that it is welcoming choreographer, dancer, and documentary filmmaker Rhodnie Désir as its Associate Artist for a three-year pilot project—a major first for the institution. Place des Arts is opening the doors of its rehearsal rooms and public spaces to the artist and her company RD Creations, giving them a venue in which to carry out their regular activities, hold events, and explore their creative process. RD Creations’ administrative offices have been located at Place des Arts since October 2021. In addition to giving her free rein to practice her art, the agreement will allow Rhodnie Désir to foster a dialogue with citizens, resident arts organizations, and Place des Arts partners, as well as to take part in various actions promoting reflection among citizens, using her own unique choreographic-documentary approach. RD Creations has already announced the start of a new project entitled “Symphonie de cœurs” in collaboration with the Orchestre Métropolitain, Danse Danse, and Place des Arts, including a documentary component with the NFB. The world premiere of this major work is scheduled to take place at Place des Arts in the spring of 2024. 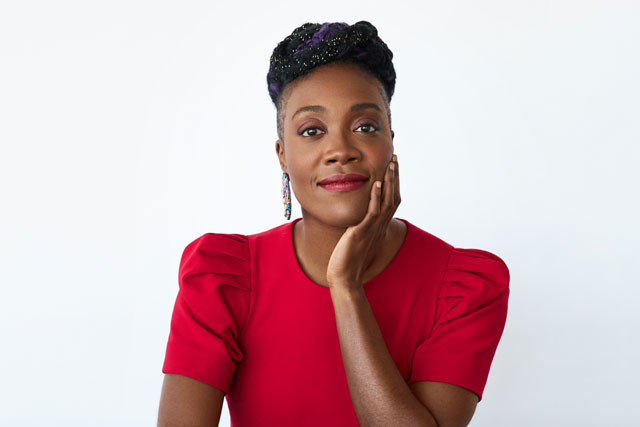 “Place des Arts is known for its six performance halls, but a large part of our mission is also dedicated to supporting the creation of new works and to outreach. For years now, we have been supporting and guiding both professional and emerging artists as they research, experiment, and create their performing arts works. We are pleased to welcome Rhodnie Désir as our Associate Artist, thereby providing her with spaces and conditions that, we hope, will allow her to further develop her choreographic-documentary approach, which is of great interest to us as a major cultural centre rooted in its community,” stated Clothilde Cardinal, Place des Arts Program Director.

“For me, this association with Place des Arts means being able to establish links by taking part in thought processes, playing an active role in what goes on here, in the heart of Montreal, as well as in this incubator that allows several international spheres to interact, settle in, spread out, and then be showcased elsewhere. It also means participating in this conversation space, creating or strengthening relationships with citizens or Place des Arts and Quartiers des spectacles partners, and seeing how, through my choreographic-documentary art, I can increase them. My ties to Place des Arts began with a dream when I was a young child. It is therefore with great pride and a sense of responsibility that I take on this position as the institution’s first Associate Artist,” said Rhodnie Désir.

Rhodnie Désir’s documentary and Afro-contemporary choreographic signature is rooted in African and Afro-descendent rhythmic languages, from her homeland of Haiti and the rest of the Caribbean to Central and Sub-Saharan Africa. A remarkably powerful performer of uncompromising integrity, she stands out through her strong connection to the human spirit. Her unique approach, her words, her performances, and her outreach efforts have brought her strong international recognition and have led to appearances as a guest speaker at numerous organizations and universities, as well as at UNESCO, among others.

Rhodnie Désir is a communications and marketing graduate of the Université de Montréal and HEC Montréal. An entrepreneur at heart, she has led the Dêzam organization, which she created in 2008, for 10 years. Through it, she initiated over 2,500 cultural actions for youth. In 2017, she founded her dance company, RD Creations. In January 2021, Dance Magazine in New York chose her as one of their “25 to Watch.” In April 2021, she was nominated by APAP for the prestigious “Award of Merit for Achievement in the Performing Arts,” alongside Yo-Yo Ma and Ronald K. Brown. In 2022, she received the “Dancer of the Year” award at the Gala Dynastie.