The National Youth Choir of Canada (NYCC) is a project of Choral Canada, and is Canada’s finest youth choir. It is a one-of-a-kind professional development opportunity for some of Canada’s best emerging choral singers. Truly national in scope, the prestigious choir is made up of singers between the ages of 19 and 26 who are auditioned from across the country every two years. Choral Canada strives to have a quartet from each province and territory (one voice per part) to make up the National Youth Choir.

Initiated in 1984, the National Youth Choir has won critical acclaim across Canada since its inception. Conductors for the National Youth Choir are selected by a panel of their peers, and have included many of Canada’s preeminent choral conductors. The National Youth Choir has performed at every PODIUM conference – the biennial conference of Choral Canada – since 1984, and was also featured at the World Symposium on Choral Music in Vancouver in 1993 and Festival 500 in 1999.
​
The National Youth Choir traditionally meets in the same region of the country where PODIUM will be held. After an intensive week-long rehearsal camp, the choir goes on a regional tour. Performances take place in prominent concert venues in major urban centres, and in local community halls and churches in remote and rural areas, reaching a diverse number of Canadians and bringing high calibre choral music to communities that may not otherwise have access to such an experience. While on tour, the Choir engages with local communities in concerts and education and outreach events, including workshops with local elementary, high school and community choirs. In so doing, the National Youth Choir promotes not only the utmost excellence in the choral art, but also perpetuates Canadian values of community outreach and volunteerism. Furthermore, the National Youth Choir experience forms a lasting bond among participants, creating a national network among the future leaders of Canada’s choral communities. 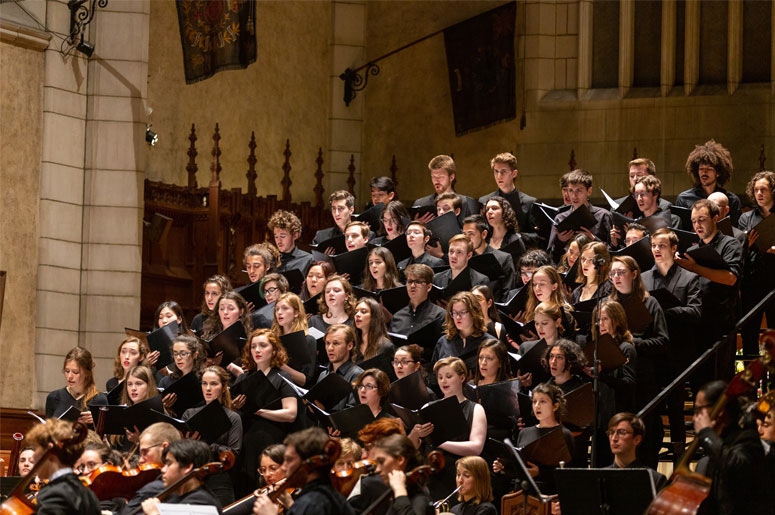