Hailed around the world for choreography that is poetic, dynamic and physical, Ina Christel Johannessen is among the most renowned contemporary dance artists from Scandinavia. As part of the Printemps nordique event at the Place des Arts, she is coming to Montreal to present Again on April 5, 6 and 7 with her zero visibility corp. troupe.

Johannessen has always appreciated collaboration, interaction, and transdisciplinarity. Closely involved in set design and lighting, the Norwegian choreographer develops her creations in close collaboration with loyal partners from various disciplines in the performing arts, which is undoubtedly why her works are such multidimensional explorations.

In 1996, she founded zero visibility corp., her own dance company, in Oslo. Over the course of her creations, the troupe has become among the most prominent in Norway. Set to original or rearranged electronic music, the choreographer has reinvented Nordic dance by infusing it with a flowing incandescence that magnifies movement.

In 15 years, her troupe has succeeded thanks to her creativity, daring and personality. In venues such as the Sydney Opera House, Toronto’s Harbourfront Centre or Mexico City’s Cervantino Festival, she has presented her creations throughout the world.

Johannessen’s dance is internal. “For me,” the choreographer has previously noted, “dancing is in the mind. It is felt, moved. It is the thinking body that I am trying to express or get the dancers to express.”

Capable of surprising and charming spectators, her works are as deeply moving as they are thought-provoking. Her ever-changing choreography explores connections with others, the attraction of opposites and developing relationships.

For Again, Johannessen asked Swede Marcus Fjellström to compose an evocative soundtrack where repetition creates emotion. In a mobile set made of light moving screens, she has imagined an intensely visual choreography where dance seems to draw the performers into a perpetual movement. Steps, lifts, moves, and emotions repeat themselves, propelling spectators into the heart of a unique, fascinating work.

For a sneak peek at Again 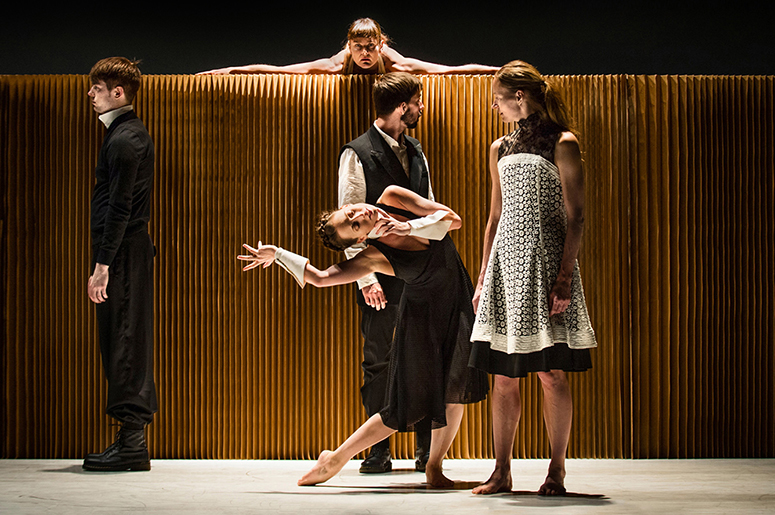