When Celtic Music Runs in the Family

Both on stage and off, Natalie MacMaster and Donnell Leahy have been a close-knit and lively couple for fifteen years. The two fiddle virtuosos, who have known each other since adolescence, will be performing on December 7 a holiday season show featuring beloved and warm traditional Celtic music at the Place des Arts' Salle Wilfrid-Pelletier.

Nathalie, a native of Troy, a small Cape Breton village in Nova Scotia, has led a prolific career honoured with several awards including two JUNOs, eleven East Coast Music Awards, and a Grammy. Donnell was born in Ontario to a fiddler father and a tap-dancer mother who was originally from Cape Breton. He is best known for having been the fiddler and musical director of Leahy, the famous family band that brought Canadian folk music to the world stage starting in the 1980s.

Together, the couple shares the same expressive energy on stage. Montreal audiences will have a chance to see the show A Celtic Family Christmas that they will interpret… as a family.

Family is at the heart of the art and work of Natalie MacMaster and Donnell Leahy. Every performance invites the audience to be a part of a joyful band for an evening, composed of brothers, sisters, and friends, all talented musicians, who are happy to share their skill and craft.

With the MacMaster-Leahy duo, roots are never far away, and Nova Scotia’s Celtic and traditional heritage is strongest of all. Gaelic, a Celtic language, provides Nova Scotia with a unique personality that appears in its traditional music. Originally from Ireland and Scotland, Celtic culture was imported and preserved by tens of thousands of immigrants who settled in Nova Scotia. Today, it is richer and more alive than ever.

A recipient of the Order of Canada, Natalie MacMaster has made eleven albums and sold more than 200 000 copies. For his part, Donnell Leahy is recognized as one of the best Celtic fiddlers of his generation.

Every performance by Natalie and Donnell is a memorable experience that will leave you in awe. 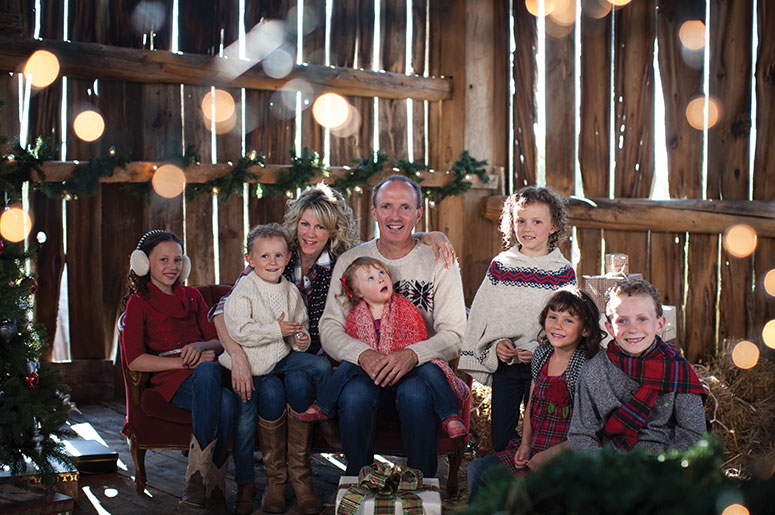