Nicole Lizée is an artist of unparalleled creativity. This Montreal-based composer takes cinematic scores and sounds from old machines and recycles them, using them to push the boundaries of classical music. I sat down to speak with her.

Born in Saskatchewan, Lizée was recently named the winner of the 2019 Prix Opus for Composer of the year. For several years now, she’s been working with the Kronos Quartet, and on March 16, this famous ensemble will be performing her work, Another Living Soul at Place des Arts. This piece, like everything she does, takes listeners into a musical world with eclectic, wide-ranging influences.

You graduated from McGill University and are well known in contemporary musical circles, but you’ve often said that your biggest influences are Nana Mouskouri and MTV. Can you expand on that?

We often forget that Nana Mouskouri, like other artists in her generation, used so many different sounds in her music. She introduced me to new instrumental arrangements, recording methods and harmonies. And as for MTV, I watched it like a maniac during the early 80s, it was such an exciting blend of music and film. During its glory days, MTV was a place for risk-taking and revolution—it was a new way of narrating our world.

Your music often creates a dialogue between obsolete and modern machines. What do you find so fascinating about our relationship with technology?

It all goes back to my childhood. My father was an electronics repairman and salesman, and he kept nearly every machine he’d ever owned at our house. This little collection covered a few decades of technological history, and the sounds and pictures made by these devices have always interested me. They become even more valuable in my eyes as they fade out of our everyday life. They continue to exist, in their own malfunctioning way, in a sort of purgatory for machines. I can’t think of composing chamber music without bringing them into it. They’re instruments in their own right, like a violin.

You’ve also found inspiration blurring the lines between music and cinema. How did you come to find such rich material in, for example, the sounds and scores of David Lynch’s films?

I’m just enthralled by all the textures you can find in a feature film. The music, the dialogue, the sound effects and ambient noise. The sounds in Lynch’s movies are captivating—they’re irrational, dreamlike. I feel like I’m doing the same thing as him with my compositions: I leave realism behind, I distort and deconstruct everything until I achieve a certain strangeness. I like taking excerpts from films, then bringing them in an unusual direction.

So, would you say that your music involves a lot of remixing and transformation?

Absolutely. I start with an artistic medium that fascinates me, like film, 8-bit video games, stop-motion animation, turntables or chamber music, and then I look at it through a new lens. I decontextualize sounds, break them down, then rebuild them in a new form. I like creating new works that contain traces of the past.

Would you say that collaborating with the renowned Kronos Quartet is significant to you? Why?

I’ve been a fan of this group since the early 1990s, especially since their album Black Angels. I’ve been working with them since 2011, and it’s a dream come true. With them, the sky is the limit! They share my desire to explore the boundaries of what’s possible with a string quartet and break out of the traditional classical music box.

On March 16, at Place des Arts, Kronos Quartet will be playing your work, Another Living Soul. What’s the story behind this piece?

I wanted to pay homage to the early pioneers of stop-motion animation, like Ray Harryhausen, Ladislas Starevich and Art Clokey, with acoustic instruments and noises. I admire these artists. They did something that seemed impossible at the time: they took inanimate objects and brought them to life, filled them with emotion. I’m trying to do the same thing with my piece, finding music in unexpected sources like whirling tubes. So this is also a piece that celebrates the analogue sounds of our past. 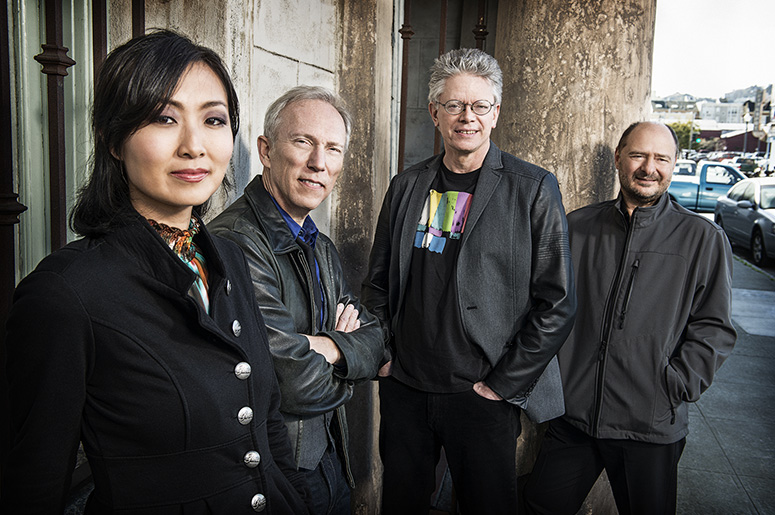