If Place des Arts doesn’t automatically come to mind when you think of indie rock music, think again: several seminal artists of the genre have performed on its stages or will tread them soon! Here is an overview of their captivating repertoire.

Among these artists is the band alt-J, who is performing on July 2 and 3 at Salle Wilfrid-Pelletier as part of the Montréal International Jazz Festival, shortly after the appearance on the same stage by the American quintet The National, last June 21. And how can we fail to mention the landmark concert by Sufjan Stevens, who visited Place des Arts in 2015, or Beck, who had regaled his public with an unconventional and generous performance in 2014?

Place des Arts is also an ideal venue to present daring projects, such as the blend of the inimitable Montréal collective Godspeed You! Black Emperor and the dance troupe Holy Body Tattoo in 2016, or the show marking the tenth anniversary of the Riceboy Sleeps album by Jónsi (guitarist and singer from the Icelandic group Sigur Rós) and Alex Somers, who will arrive in October to perform in the intimate setting of Théâtre Maisonneuve.

Here are some of their indie rock pearls to put in your ears.

Rylan, by The National

This song, which appears on The National’s eighth studio album, I Am Easy to Find, concentrates everything that has made the American group famous over the past 20 years: the steamy guitar, the drums that carry the piece like a heartbeat and sometimes get carried away, and the deep, melancholy and soothing voice of Matt Berninger, magnified here by a female voice and luxuriant orchestration.

Ever since Beck Hansen became known with his hymn “Loser”, his success and his ability to reinvent himself have been undeniable. This piece is taken from Colors, the charismatic musician’s latest offering, situated somewhere between his softer albums, such as Sea Change and Morning Phase, and his more dance-rhythmed opuses, such as Midnight Vultures. In the video accompanying this captivating piece, Beck also offers a very lovely way to learn the words to the song.

For alt-J fans, “Breezeblocks” is a return to the roots. This piece and several of its fellows populating the album An Awesome Wave propelled the group to a great many of the planet’s speakers and headsets in 2012. Contributing factors: the nervous rhythm of the percussion, the twangy but catchy voice of Joe Newman and the heady refrain with which everyone can associate a face or an episode in their lives: “Please don’t go / Please don't go / I love you so / I love you so”. The band is performing at Salle Wilfrid-Pelletier on July 2 and 3, 2019.

You Would Have to Lose Your Mind, by The Barr Brothers

It’s especially good to live in Montréal when musicians like The Barr Brothers decide to settle here and participate in the local music ecosystem, creating albums like the group’s third, Queens of the Breakers, which includes the piece “You Would Have to Lose Your Mind”. An ideal soundtrack for a sticky hot summer evening, especially with this video produced by Vincent René Lortie.

Any Party, by Feist

“You know I’d leave any party for you,” Leslie Feist sings in the piece “Any Party”, taken from her well-named fifth album Pleasure. You can bet many of those who have seen the magnetic musician in concert would be ready to leave any party if she asked them… Since the early 2000s, the Canadian artist has multiplied her musical successes, both in her solo career and with the Toronto group Broken Social Scene, while collecting quality collaborations over the years, particularly with Peaches, Gonzales, Wilco, Beck and Grizzly Bear.

Turn Your Love, by Half Moon Run

“Turn Your Love” is excerpted from the group’s second and most recent album, Sun Leads Me On. The virtuoso musicians, who burn up the stage, proved that their success couldn’t be limited to a single record, even though it must be recognized that their first album, Dark Eyes, contained magnificent pieces, like “Call Me in the Afternoon” and “Full Circle”.

Mystery of Love, by Sufjan Stevens

Another Sunny Day, by Belle and Sebastian

I Could’ve Been Your Girl, by She & Him

Moya, by Godspeed You! Black Emperor 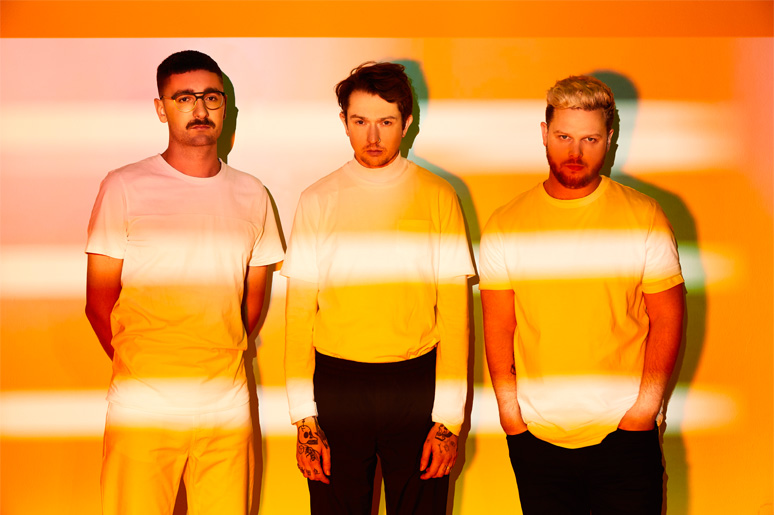