Javier Limón: Flamenco in his soul… and at his fingertips

When you think flamenco, your mind immediately goes to Paco de Lucia. And when you think Paco de Lucía, you now think Javier Limón, a Spanish artist with a list of impressive awards and projects to his name.

A flamenco, jazz, and world music specialist—the winner of ten Latin Grammy Awards—, Javier Limón is a true star in the Latin music world. In following his career, it’s hard not to be impressed with his ability to successively take on the roles of composer, guitarist, producer, and teacher—always with equal verve.

As a musician, Javier Limón has composed and recorded four albums of music that he has performed on stages around the world. As a producer, he’s credited on over 100 albums, having composed and produced for artists as wide-ranging as they are renowned, including Paco de Lucía, Wynton Marsalis, Alicia Keys, and Caetano Veloso. A great many of these records have been released on his own CASA LIMÓN label.

In addition to his prolific production credits, he has also composed some ten film scores… Not to mention his work at Boston’s prestigious Berklee College of Music, where he teaches production, flamenco, and song writing.

Among Javier Limón’s many collaborations, it’s impossible to ignore his work with Paco de Lucía, the famous Spanish guitarist often called the greatest flamenco guitarist of all time.

Their association notably resulted in the album Cositas buenas, which won the Latin Grammy Award for Best Flamenco Album in 2004, before going on to be named Latin Jazz Album of the Year at the Billboard Latin Music Awards in 2005.

Javier Limón is a multifaceted artist who has a hand in a wide range of projects… with everything he touches turning to gold! This is certainly true of The Paco de Lucía Project, a show that brings together the original group that accompanied the legendary guitarist during the last years of his career, until his death in 2014.

The show—which Latin Jazz Network has described as an “exquisite performance”—first came to the stage at Place des Arts in October 2017.

To the great delight of flamenco fans, Javier Limón is bringing The Paco de Lucía Project back to Théâtre Maisonneuve at Place des Arts on October 18, 2019.

The Paco de Lucía Project: spotlight on the musicians 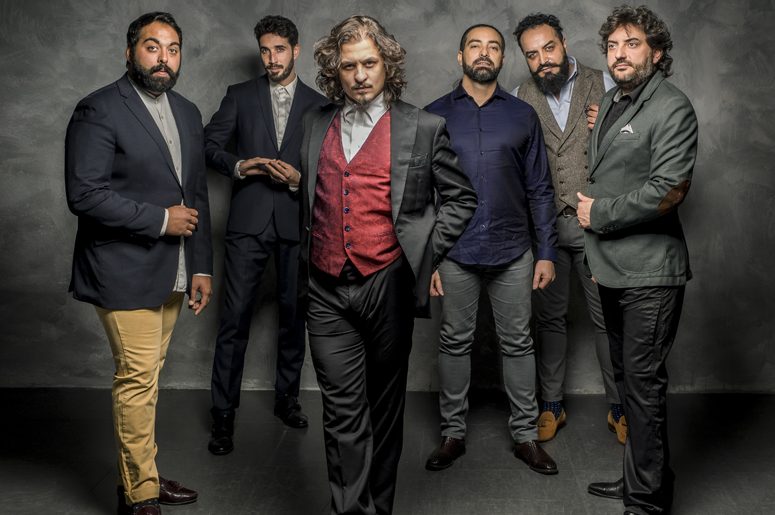